One Case at a Time.

To fully understand why Stephen G. “Steve” Sanders is a highly skilled and capable Kansas City personal injury attorney, you need to know his background and why it makes such a tremendous difference in how he litigates cases.

After finishing law school in 2001, Mr. Sanders found his passion in fighting on behalf of the injured and trying to create real positive change in the lives of his clients and the community as a whole. 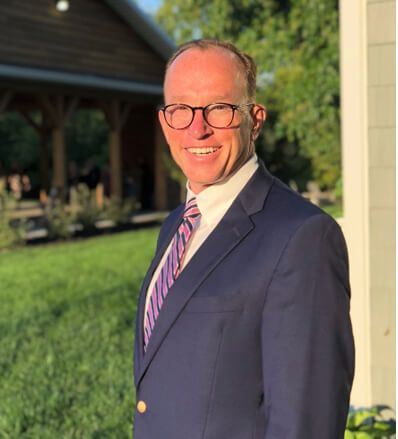 From time to time, Steve volunteers as a pro bono lawyer for the homeless at Kansas City’s City Union Mission. A skillful teacher and presenter, when Steve is not teaching Trial Lawyer College courses, he can frequently be found teaching Sunday School, bible studies, and classes like Financial Peace University.

Mr. Sanders is first and foremost a teacher— which is exactly what juries hope for in a jury trial. The key to a successful lawsuit is having an attorney that can clearly explain and educate their audience on the situation and demonstrate how the injured has been wronged.

Mr. Sanders does not just want to win cases, he strives to make people understand how the injury happened and have those responsible change their ways so that it does not happen to someone else.

At only 17 years old, Mr. Sanders wrote the best-selling guide The Video master’s Guide to Donkey Kong, and in 2007 he co-starred in the award winning documentary “The King of Kong” as well as four other documentaries. He has five sons and works side by side at Sanders.Law with his wife Nancy Sanders.

WHY WORK WITH
SANDERS.LAW?

“Steve Sanders has been such a huge help, a blessing to me and my family.”

“Steve was always accessible, very engaging and truly went beyond the call of duty.”

“Stephen Sanders was the best choice we could make for a lawyer.”

“Steve Sanders is a wonderful lawyer”

ALL CONSULTATIONS ARE FREE AND CONFIDENTIAL

The information on this website is for general information purposes only. Nothing on this site should be taken as legal advice for any individual case or situation. This information is not intended to create, and receipt or viewing does not constitute, an attorney-client relationship.